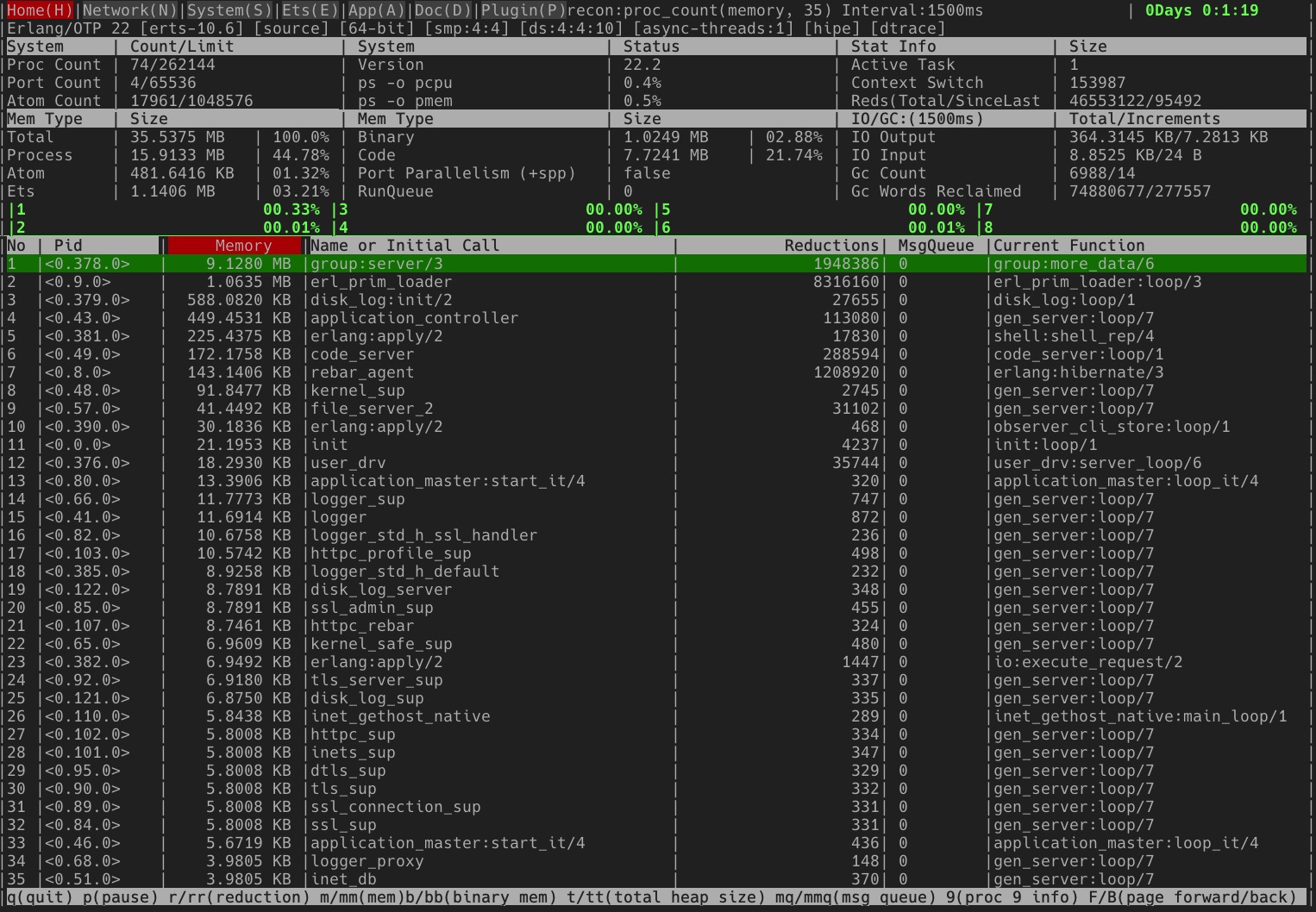 erlang:system_info/1 returns specified information about the current system by below item. When the ratio is greater than 85%, it becomes red. PS report a snapshot of the beam process. erlang:memory/0 Returns a list with information about memory dynamically allocated by the Erlang emulator. erlang:statistics/1 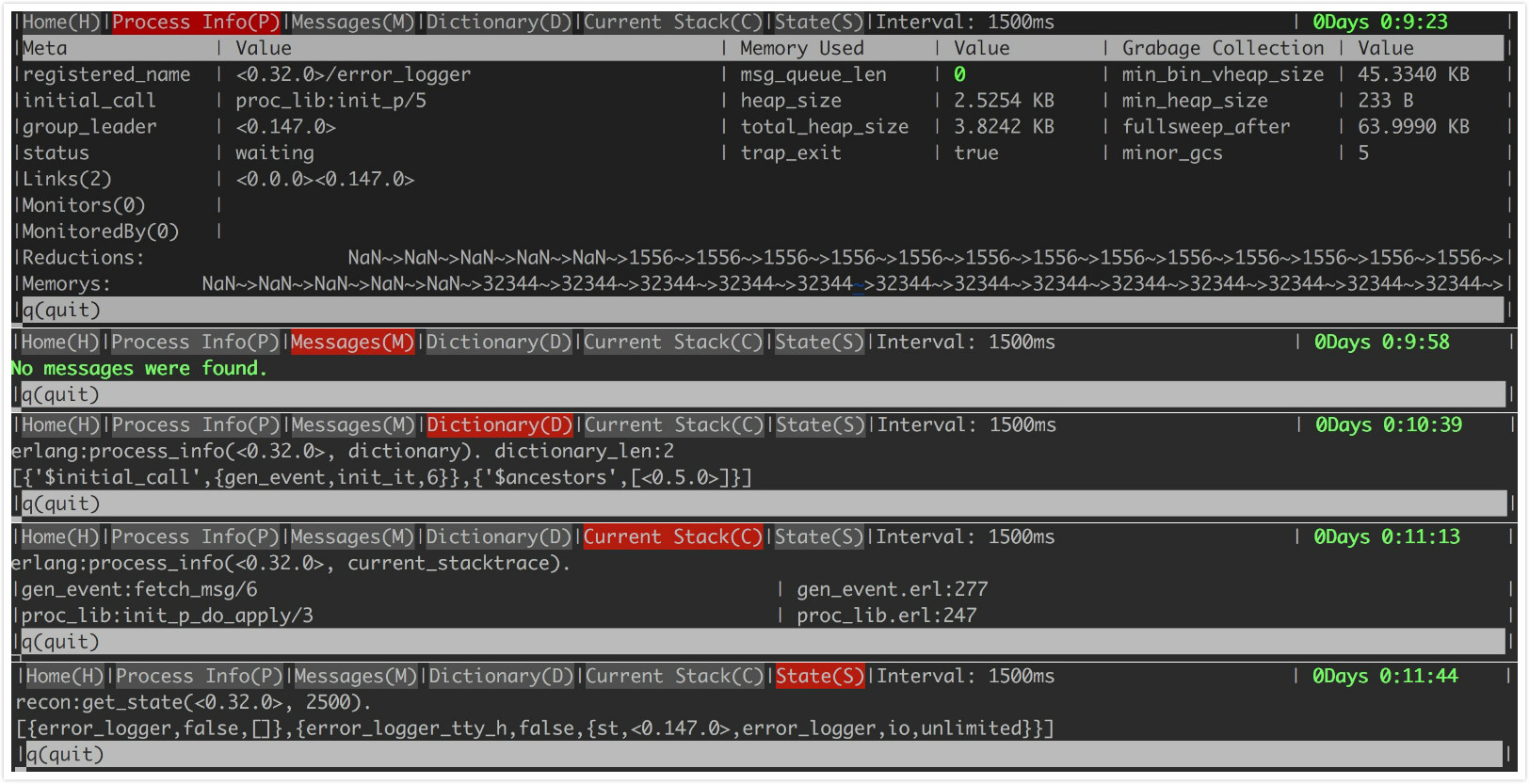 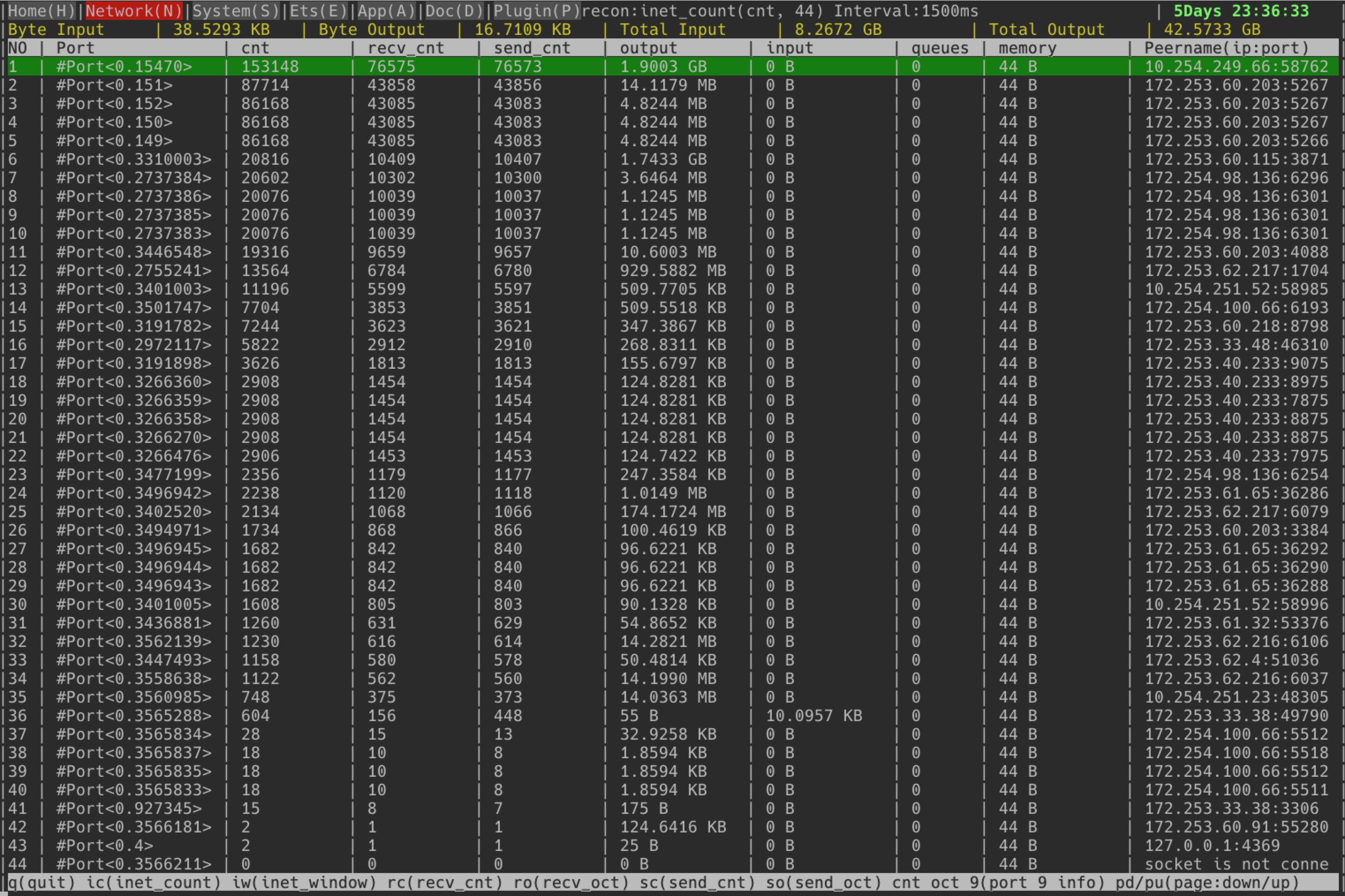 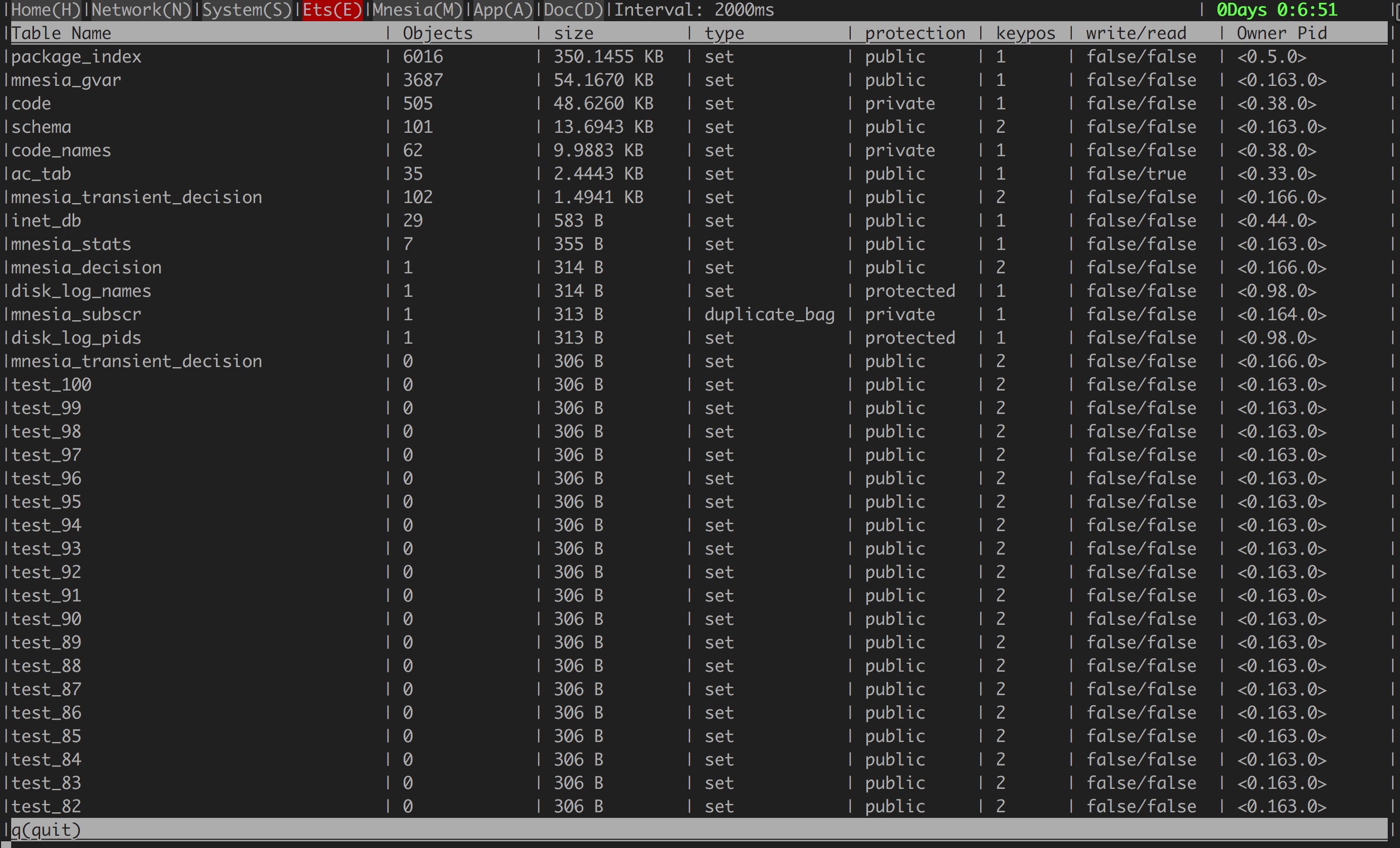 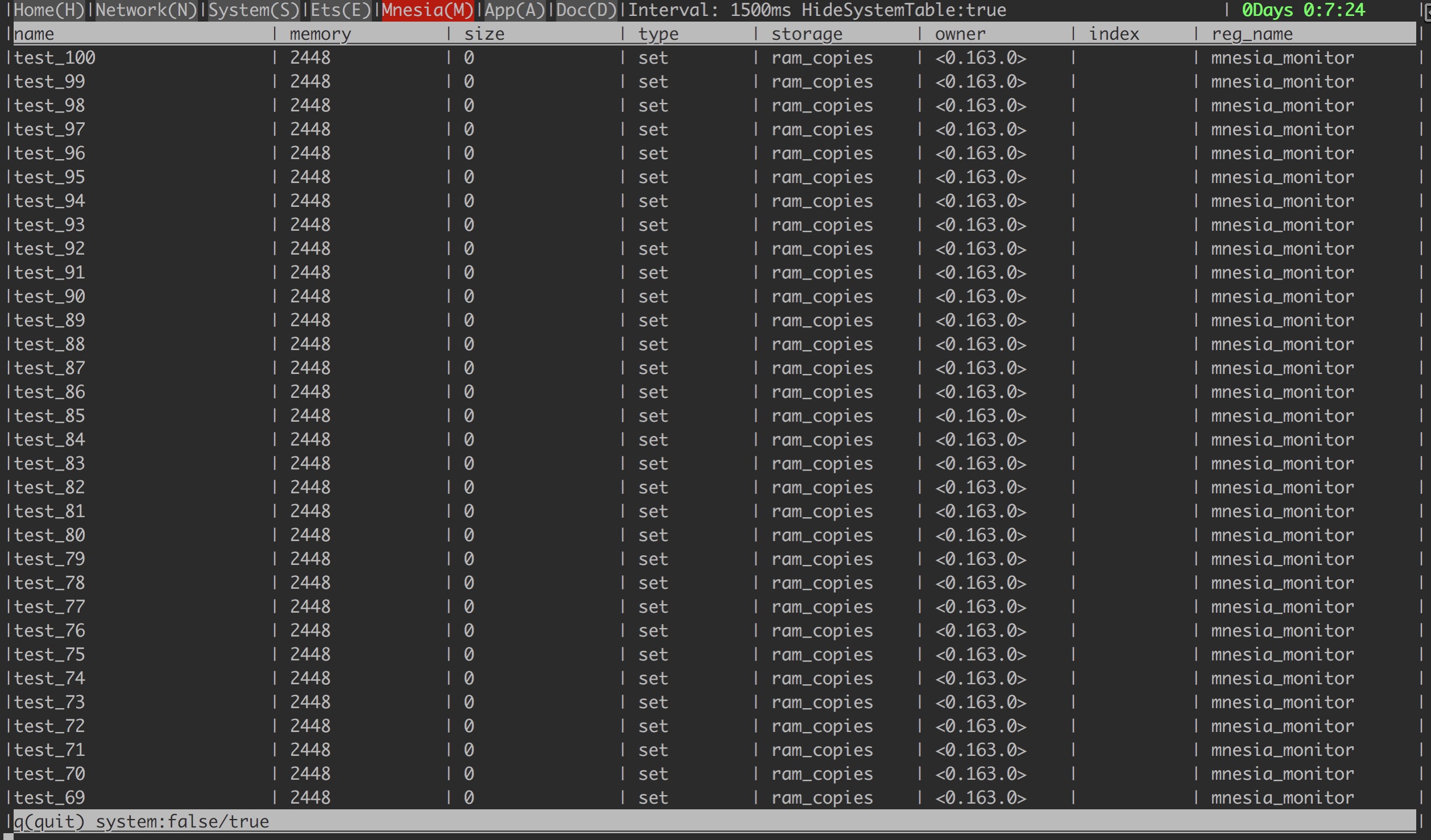